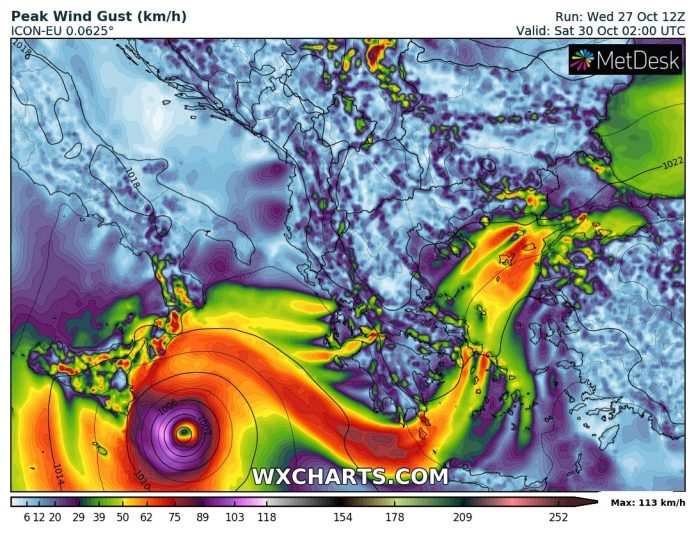 A “Medicane” is a Mediterranean cyclone, that frequently hits Italy. Another such storm now threatens Greece over this weekend. Credit: NASA / Public Domain

Meteorologists in Greece and Italy are predicting a Mediterranean cyclone to hit both countries this weekend. Some have already called it a “Medicane,” a word that comes by combining the words Mediterranean and hurricane.

According to Greek meteorologist Klearchos Marousakis, heavy rain and severe thunderstorms are expected in Greece over this weekend. He attributes the phenomena to the newest Medicane cyclone, born off the coast of southern Italy.

After the OXI day celebrations on October 28, the weather is expected to turn cold and wet, with rain is expected in the southernmost parts of the country and the Aegean. On Saturday, rain and thunderstorms will hit Greece hard as part of the Medicane.

Over the weekend, the Medicane is expected to cause torrential rains all over the country, — just not in the form of a cyclone, which typically has very high winds. Meteorologists say that when the Medicane leaves Italy, it will create a barometric low which is still capable of causing dangerous levels of rainfall.

The areas that will receive the highest amounts of rainfall are the southern Ionian islands, followed by the coast of the Peloponnese, the eastern Sterea region and the southeastern Aegean, namely the Cyclades, Crete and the Dodecanese islands.

Meteorologists point out, however, that the exact course of a Medicane cyclone is very difficult to predict. Its formation mechanics in a relatively small area, disproportionate to the area’s predictive models, make the Medicane quite unpredictable.

Additionally, the weather patterns in the Mediterranean sea can change very quickly, both in time and in space. Three potential scenarios are being formed concerning the Medicane’s behavior.

The first one is that the cyclone forms in the east of Sicily and moves northwesterly, breaking up the atmosphere circulation patterns in the northern hemisphere. In this case, Greece will not be affected by the Medicane, but Italy will receive a major blow by the extreme weather.

According to the second scenario, the Medicane will shift to the east, affecting parts of the Ionian Sea. It will then be transformed into an organized barometric low, and move to the southern maritime parts of our country. If this happens, Greece will be significantly affected, particularly in its western, central and southern parts.

The third — and most pleasant — scenario has the Medicane organized in the eastern maritime parts of Sicily, swirl around there for several hours and then move to the North African coast. This way, it will affect the southern maritime parts of Greece, with Crete and the Dodecanese temporarily affected.

The Medicane has already begun demonstrating its might in Italy. In Sicily and Calabria as of midday on Wednesday the roads have been transformed into riverbeds due to the torrential rains. Muddy waters quickly overwhelmed trees, cars and people, invading houses, garages and shops, and flooding connecting roads and the countryside. 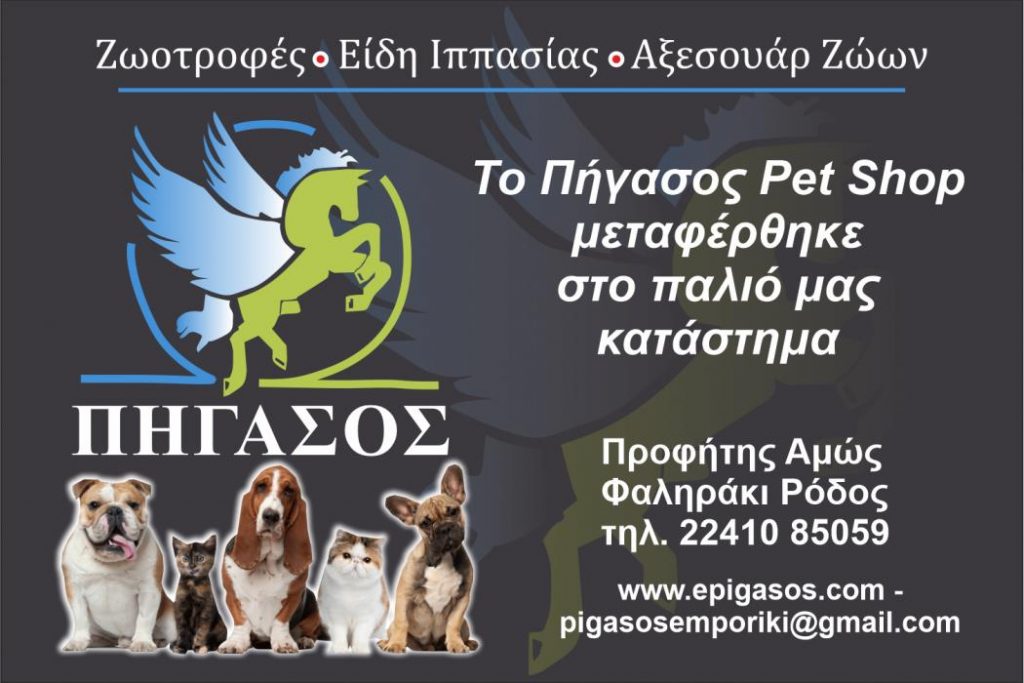 10 Δεκεμβρίου 2018
We use cookies to ensure that we give you the best experience on our website. If you continue to use this site we will assume that you are happy with it.OkNoPrivacy policy