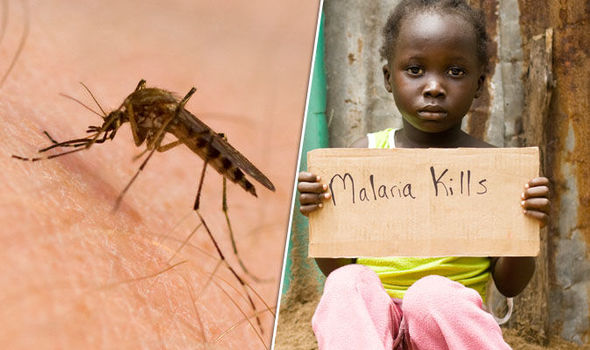 As the world warms, the horizons also widen for the mosquito risk to health, putting another billion people in jeopardy.

LONDON, 1 April, 2019 − Within 80 years the health of twice as many people as today could face a serious mosquito risk − and not only in the tropics.

One billion people are already in danger of mosquito-borne disease. As the world warms and climates become more hospitable to the insects that transmit dengue fever, yellow fever, Zika and other fearful viruses, that number could double by the end of the century.And as Aedes aegypti and Aedes albopictus extend their range to the north and the south, and higher up the hill regions, tropical infections that already kill millions will spread into the temperate zones.

“Climate change is the largest and most comprehensive threat to global health security . . . after the Zika outbreak in Brazil in 2015, we’re especially worried about what comes next”

At some point in the next 50 years, according to a study in the Public Library of Science journal PLOS Neglected Tropical Diseases, one billion people could become newly exposed not just to dengue and yellow fever, but to emerging diseases such as chikungunya, Zika, West Nile and Japanese encephalitis, all carried by just two species of mosquito.

“Climate change will have a profound effect on the global distribution and burden of infectious diseases,” the authors warn. “Current knowledge suggests that the range of mosquito-borne diseases could expand dramatically in response to climate change.”

As temperatures go up – the planet is already 1°C warmer on average than it has been for most of human history, thanks to profligate use of fossil fuels to pump greenhouse gases into the atmosphere, and is on course to hit 3°C warmer by 2100 – so does the scope for disease transmission by insects that flourish in a range of temperatures.

Infections could begin to happen year-round in the tropics, and some people could be at risk during the warmer seasons almost everywhere else. Infections, too, could become more intense.

Rising temperatures open up new ranges for carriers of potentially lethal disease, and the latest study takes a closer look at what climate models predict about disease transmission by just two species.

“These diseases, which we think of as strictly tropical, have been showing up already in areas with suitable climates, such as Florida, because humans are very good at moving both bugs and their pathogens around the globe,” said Sadie Ryan, a medical geographer at the University of Florida, who led the study.

And her co-author Colin Carlson, a biologist at Georgetown University in Washington DC, said: “Climate change is the largest and most comprehensive threat to global health security. Mosquitoes are only part of the challenge, but after the Zika outbreak in Brazil in 2015, we’re especially worried about what comes next.”

Paradoxically, rising temperatures could be good news for some at-risk populations: both the Anopheles mosquito that carries the malaria parasite and the Aedes that is host to a number of diseases are most dangerous within a range of temperatures: as the thermometer rises, it could become too hot for malaria transmission in some places, or even too hot for mosquitoes.

“This might sound like a good news, bad news situation, but it’s all bad news if we end up in the worst timeline for climate change,” said Dr Carlson. “Any scenario where a region gets too warm to transmit dengue is one where we have different but equally severe threats in other health sectors.” − Climate News Network