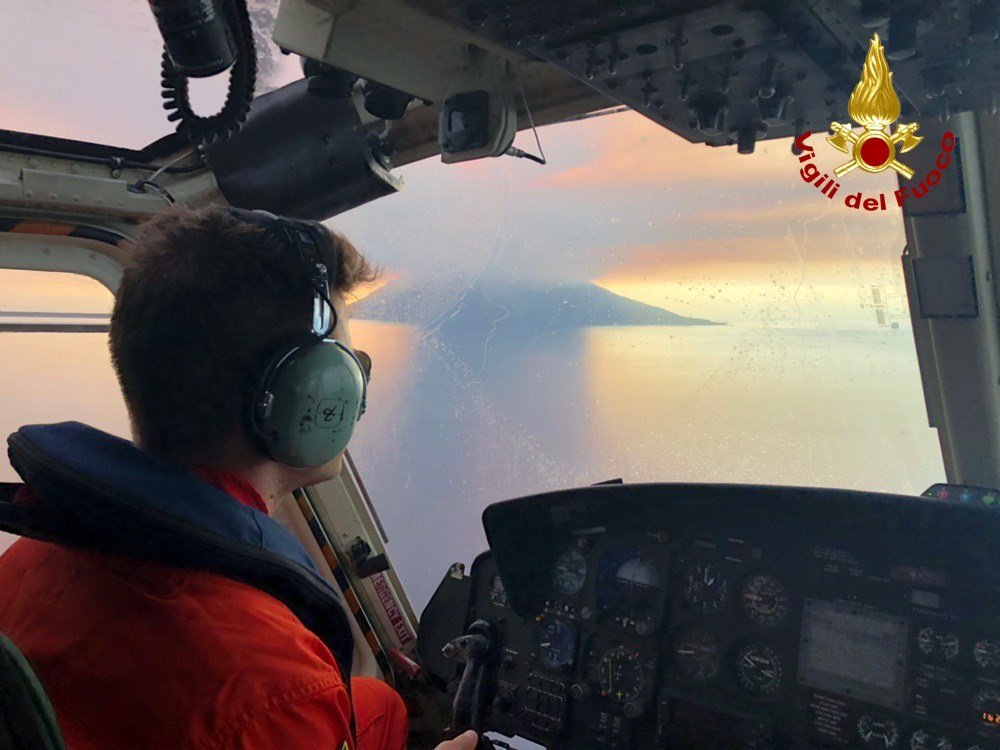 A volcano on the Italian island of Stromboli has erupted, killing a hiker,throwing ash high into the sky and enveloping the popular tourist destination in smoke.

Rescue services said Wednesday’s eruption on Mount Stromboli had started fires on the western side of the small Mediterranean island north of Sicily. Fire crews were being called in from nearby locations and a Canadair firefighting plane was already in action.

One tourist who was hiking on the volcano was killed and another injured, local firefighters confirmed.

Tourists often climb to the 924-metre (3,031ft) summit of the volcano and peer into its crater, from which small lumps of molten rock are regularly blasted into the sky.

“It was like being in hell because of the rain of fire coming from the sky,” Italian news agencies quoted a local priest, Giovanni Longo, as saying.

Michela Favorito, who works in a hotel near Ficogrande, on the east side of the island, said: “We saw the explosion from the hotel. There was a loud roar. We plugged our ears and after this a cloud of ash swept over us. The whole sky is full of ash, a fairly large cloud.”Advertisement.

Thirty people were evacuated from the village of Ginostra by hydrofoil, and another ship was heading to pick up other tourists. The mayor of the nearby island of Salina, Domenico Arabia, said that beaches on the island had been closed as a precaution.

Fiona Carter, a British tourist on the island of Panarea, 17 miles (27km) from Stromboli, heard the blast. “We turned around to see a mushroom cloud coming from Stromboli. Everyone was in shock. Then red-hot lava started running down the mountain towards the little village of Ginostra,” she said.

“The cloud got bigger, white and grey. It enveloped Ginostra and now the cloud has covered Stromboli entirely. Several boats set off for Stromboli.

”Marco Neri, a volcanologist from Italy’s National Institute of Geophysics and Volcanology, said eruptions were very rare on Stromboli: the last one was in 2007.

“Today’s was a very violent explosion. Ash and lapilli [rock fragments] were shot up to two kilometres high before landing on the ground and hitting the sides of the mountain. This has obviously caused numerous fires. Fortunately, the eruptions have settled right down now,” he said.
The island was the setting for the 1950 movie Stromboli starring Ingrid Bergman and, with other islands in the Aeolian archipelago, has become a favourite location for holiday homes for the rich and famous.